We arrived at Willi Schaefer bright and early and were welcomed by Willi Schaefer himself. The first stop: A tasting room full of AM sunlight and the scents of spring flowers coming through the window. A 1975 Graacher Himmelreich Auslese sat on the table. It felt like I went from the comfort of sleep to even more comfortable place.

Willi Schaefer said that he chose to begin with the 1975 because he felt that the 2007 and 1975 vintage shared many similarities. Both vintages possess low botrytis and have high levels of acidity. If the 1975 is any indication of what lies in store for the 2007ers, those of you who stock up will be very happy indeed.

The 2007ers exhibit extreme focus, clarity and concentration; they are arguably some of the best wines produced at the estate in recent history - which is saying something. These are incredibly dense wines with profound minerality and a structure that is formidable, to say the least. They promise to be exceptionally long-lived. Don't miss this lineup.

Keep in mind the 1975 - at 33 years of age - was profoundly young (I actually wrote "embryonic" in my notes). While I gave the wine a chance to open up, I was afforded the opportunity to observe Willi, whose family has been in village of Graach since 1121. Most of the other great winemakers who I have encountered always command some type of presence that marks them as special, even someone like Donnhoff whose almost shy demeanor belies an intensity that is easy to discern just below the surface. Schaefer, however, was so easygoing and his smile so constant that he was almost self-effacing. It feels almost like you're encountering the Tao de Ching of winemaking at Schaefer, where things occur as naturally as water flows downhill - everything natural, resistance is met by a simple and graceful change of course. A great example of this is a passage from John Gilman's View from the Cellar. When Gilman asked Christophe Schaefer, Willi's son who helps make the wines, if they consulted anyone before making their first-ever Eiswein, Christophe responded: "No, we just went ahead and made it on our own, and I think it did not turn out too badly." (Gross understatement, by the way.)

The estate of Willi Schaefer is one of those tiny gems, even in a country where a medium-sized estate is larger than normal. Schaefer's estate is a minuscule 3.5 hectares. If you compare this with other top producers, such as J.J. Prum at 34.5 ha or Donnhoff at 20 ha, you begin to realize how precious these wines truly are. At the estate, form follows function - Schaefer's decision to remain small is directly related to the hands-on winemaking and viticulture. Willi, as quoted by the importer Terry Thiese, says simply that, "the estate is the right size for me to work and give proper attention to the wines." Indeed, when he speaks about his vineyards, you sense that he has an intimate knowledge of every inch. What's extraordinary is that given the limited quantity of the wines, that the prices are relatively moderate.

Schaefer produces wines from Wehlen's Sonnenuhr vineyard and Graach's Himmelreich and Domprobst vineyards. Generally speaking, wines from Himmelreich tend to be more taut and cutting, with green apple being the defining fruit characteristic. Himmelreich is also a large vineyard (it surrounds Domprobst) and includes lesser areas on flat lands. Domprobst produces richer, more exotic wines with spice notes - particularly ginger. Of course, these distinctions become blurred at times. Both sites (along with the Wehlener Sonnenuhr) are on classic Mosel blue Devonian slate. The heavier soils in both sites not only produce richer wines than many of their neighbors, but also help to protect the vines from shutting down due to drought stress. Underground streams in Domprobst - and partially in Himmelreich - also keep the vines nourished with water. Because of this, Domprobst and Himmelreich are said to excel in dry years and have difficulties in wet ones. (Of course, go ahead and taste Willi Schaefer's wines from the rainy 06 vintage and you realize that there are exceptions to every rule. These are stunning wines with sexy and complicated aromatics and 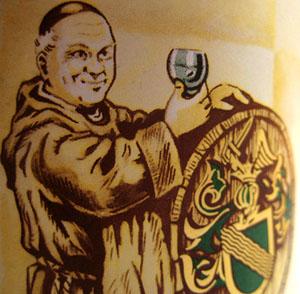 no lack of style or definition.)

But back to the tasting! From the 1975, we moved to the 2007ers, beginning with the QbA. Schaefer spoke of how pleased he and Christophe were with the 07 vintage. It was for reasons that were already familiar to us - a long, selective harvest of healthy grapes. In fact, the Schaefers decided to prolong the harvest even further by making the estate's first-ever Eiswein, which was picked on the 22nd of December!

The wines that the estate produced from the difficult (and often underrated) 06 vintage were easily some of my favorites and the 2007ers are probably better. Each site, and even each Fuder, exhibits such purity, length and distinctiveness. I certainly plan to go deep on the QbA which had very impressive clarity and concentration. Keep in mind this is not a simple wine - I remember drinking the 2004 Schaefer QbA until 2007 and it was still improving.

There was also a trio of just heartbreaking Spatlesen. The Domprobst Spatlese #12 was very Himmelreich-like with its tautness and minerality. It will blossom into a stunning wine once age has allowed it to unwind. The Domprobst Spatlese #5 was classic Domprobst - gingery with notes of lime blossom, lavender, pineapple and some serious minerality brooding underneath. For all is concentration and exoticness, the wine remained elegant and pure. The Himmelreich Spatlese was characteristically crisp, pure, apple-y and had a wonderful silky acidity.

The Auslesen were also stunning and promise to pay dividends for 30 years or more. The Himmelreich Auslese was a thrilling vivid low botrytis wine that was lacey and was full of pear and ripe citrus with a fine, delicate structure. Domprobst Auslese #17 also displayed great clarity, low botrytis and a finely detailed structure but with a bit more honey and peach fruit. Last, the Domprobst Auslese #10 showed more (clean) botrytis and a deep current of slatey minerality. For all the botrytis on display, the wine amazingly walks on tip toes across the plate, shivering and fresh. Schaefer's first Eiswein was good enough to have been made by an old hand. Fresh and nimble, the wine was also full of sappy, tropical fruits and spice notes.

And a casual ending to this powerful tasting: A 1971 Domprobst BA! What can you say about a bottle like this: An amazing nose of butterscotch, saffron, rye, slate and bacon with spiced apple. Everyone at the table looked extremely content as they swirled and sniffed. Terry and Willi spoke in German and constantly broke out in laughter. Honestly, I was reluctant to finish my glass and leave for the next appointment.