Arriving at a singular wine, one that I would anoint as the Wine of the Year, is a daunting task. Obviously, my choice would have to be a wine that truly stands apart from the hundreds of great experiences that weve offered at Crush throughout 2006.

I also knew that it would be derived from my personal passion for wines that display an authentic sense of place, such as my terroir-laden favorites in Burgundy, Piedmont, Champagne and Germany.

However, after much thought and deliberation, my choice had to be the López de Heredia Viña Bosconia Gran Reserva 1981 from Rioja, Spains oldest and grandest winemaking region.

How could I resist blessing my loyal customers with a wine that:

It had to be the Wine of the Year! 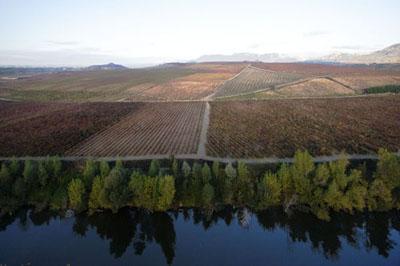 The ex-cellars, Viña Bosconia Gran Reserva 1981 (80% Tempranillo, 15% Garnacha, 5% Manzuelo and Graciano) astounded me with its intoxicating aromatics, spherical mouthfeel and Burgundian finish that only a handful of non-Pinot Noir-based wines in the world can flaunt.

No more than a few producers have the audacity and deep pockets to late-release great vintages. Vega Sicilias Unico ($225-$1,000) is the only other producer/wine that I can think of to use this practice.

At the moment, the Bosconia Gran Reserva 1981 has a clear ruby core with only moderate amber at the rim. The nose spreads voluminously with toffee, leather, fully-ripened cherries and faint earth tones. On the palate this treasure displays a kaleidoscope of rich flavors, from caramel, an array of gentle spices, softly ripened red fruits to a subtle, complex minerality. It finishes with a wonderful underlying sweetness that is counterbalanced with a spine of acidity that really gives the wine thrust and gets your salivary glands going (making it a great partner to food). This wine shows stunning purity of terroir with a most understated elegance. 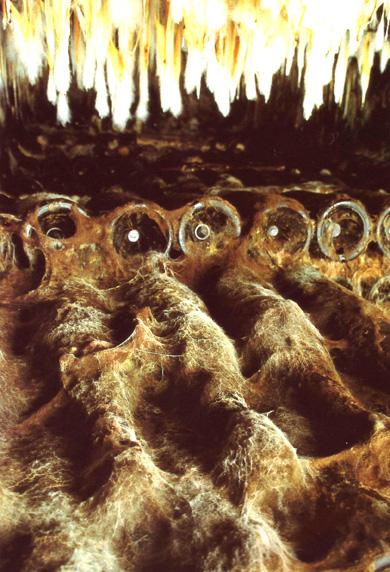 López de Heredia has been making wines in this region since 1877. The methods they employ go back deep into the history of Rioja  extraordinarily long aging in old wooden casks, followed by even longer bottle aging (see sidebar). They are grand producers with a long history of ultra- traditional winemaking. Their bottles are more than age-worthy, they become nearly immortal as they slumber in the estate's famous cellars (see picture below).

Case in point: I have experienced both reds and whites from this producer from the 1940s, 1950s and 1960s and the bottles have always been remarkably youthful and profound. And, they are vastly under-priced for their age and rarity. At a quarter to half-a-century old these wines are a fraction of the price of their counterparts in Burgundy, the Rhône or Piedmont.

More about Lopez de Heredia
Little about the estate has changed in the 130 years since its founding.

The estate adheres to a winemaking philosophy from another century. López de Heredia makes wine only from their own vineyards using natural yeasts, long aging in wood and bottle, and absolutely no filtration at bottling.

The winery is one of the oldest in the region and, unlike most of its competitors which are under the control of outside investors, López de Heredia is still a family affair. It is owned and completely run by members of the family.

López de Heredia helped Rioja develop the approach that still defines it today: Reliance on Tempranillo grapes (though the Bosconia is a blend of mainly Tempranillo, with Garnacha, Mazuelo and Graciano) long aging in old oak casks and a style more complex and elegant than fruity and muscular.

In the manner of traditional reds from Rioja, this wine excels with food (though food is not a prerequisite). Highly versatile, I could see this wine matching up beautifully with the usual suspects: Lamb, game, pheasants, even something saltier like the holiday ham.

It excited me to be able to deliver a wine 25-years-old with impeccable provenance to our entire readership, at a price that everyone could at least try  whether its a few cases for collectors or a single bottle for those of you who havent tasted a perfectly cellared wine of this age before. (I personally bought 3 cases, and trust me, I don't need any more wine!)

Crush Wine of the Year Sale Price: $73.88/btl
Lowest Price in the Nation!
(net / no further discounts)
Our first tranche is sold out BUT a second shipment of wine will arrive directly from the estate in February 2007.