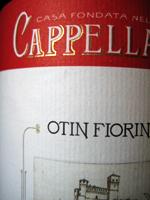 Finding the elite bottlings of Piedmont great Teobaldo Cappellano is hard enough; finding his wines from top vintages like 1996, 97, 98 and 99 is basically impossible. Yet we've found them.

Even more incredibly, we're able to offer these back-vintage gems, with nearly a decade's worth of perfect cellaring, at phenomenally low prices. Consider that we're able to sell the 1997 Barolo "Pie Franco" at $54.78 - nearly 50% lower than the current release.

Suffice it to say that this Cappellano parcel represents one of the most remarkable offerings of the year. Click here to see our entire Cappellano collection and shop online; to order by telephone please the store at (212) 980-9463. 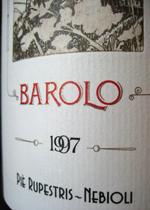 Cappellano has become something of a cult winemaker in the last few years despite his efforts to stay out of the spotlight. Piedmont fans obsess over sightings of his rare bottles. This is traditional winemaking at its best: Organic and biodynamic farming, fermentations in old wooden botti (NOT temperature controlled) extended macerations (20-25 days) and long aging in cask.

The wines that emerge show immensely deep and pure fruit, laced with enticing aromatics and a head-spinning complexity that runs the gamit from earth, truffles and spice to leather and dried fruits.

Antonio Galloni, Robert Parker's Italian Guru, was in the store the other week and when the conversation turned to Cappellano he commented on how much he respected his wines - he has called Cappellano's Barolo Pie Franco "one of Italy's most unique cult wines."

Lovers of juicy Italian reds rejoice; collectors of elite, traditional Barbarescos and Barolos from the best years, get ready to corner some treasures for the cellar at silly prices.

Those who obsess over Piedmont luminaries like Giacomo Conterno, Bruno Giacosa and Giuseppe Mascarello should consider Cappellano, because, like these other great producers, he is a traditionalists whose bottles continue to improve at the 5, 10, 20 and 30-year marks.

How did the deal happen?
As many of you know, we've been supporters of Cappellano for a long time. In fact we penned an email last year regarding his Barolos. So it was with profound joy that we stumbled upon an importer's final stash of back-vintage treasures lying in a temperature-controlled warehouse here in the U.S. (the low prices the advantage of buying with U.S. dollars!)

We bought everything we could at the sharpest prices and are thrilled to pass along the savings. Each of these wines were imported not only at a time when the dollar was incredibly strong, but also while Cappellano's stateside reputation was only known to Piedmont insiders.

These are wines to put both in your cellar and on your fall dinner table. Could there be anything more perfect than a 1996 Barbaresco with a truffle risotto? Or a 1997 Barolo Pie Rupestris with braised short ribs?

Cappellano is an absolutely unique producer; there are just no other wines like his. Find out what the excitement is about. At these prices, the quality-to-price ratio is simply off the chart and you will NOT be disappointed.

Click here to see our entire Cappellano collection and shop online; to order by telephone please the store at (212) 980-9463.