If only there was some dramatic story behind the pricing,
a forgotten cellar or some murder mystery.

The wine just switched importers and we were faster than anyone else on pulling the trigger on a parcel at a special price. Today we are happy to pass along this serious discount on one of the world's noble white wines.

The old importer obviously had no desire to hold any stock - yet the reality here is this is stock well worth holding, especially for the informed collector, especially at this price. Consider the 2006 begins at $74; when the 2007 hits expect prices of at least $80/btl.

The low estimate for the 2005 at the recent La Tour d'Argent auction was $52 a bottle and the hammer price for 12 bottles was 967 euros ($120/btl) not including the 24% buyer's premium.  Our provenance is just as good. The wine has moved once, from Joly's cellar to the importer's refrigerated warehouse.

This is without a doubt the "Deal of the Year" - but more importantly it's my "Wine of the Year."

This is Chenin Blanc at its densest and most powerful - a wine that can muscle its way next to almost any white Burgundy. Wine guru Andrew Jefford, in fact, writes: "Savennières is the only place in the Loire Valley where dry Chenin can genuinely rival Montrachet and Corton-Charlemagne."

This is a ripe, unctuous Coulée with a serious depth of fruit, enhanced and electrified by about 15% botrytis - which Nicolas Joly believes is essential to the wine, to its maturity. The 2005 Coulée offers an almost Viognier-like florality, a heady, sweet perfume that feels much more southern than the wine's cool, Loire Valley origin.

On the palate, Jefford's allusion to Montrachet and Corton-Charlemagne is perfectly apt; the Coulée can show flesh, some opulence, yet still there is an ultra-dense stony core - a "toughness" to the wine that needs some time to open up - and we're talking time measured in days, not hours. We've opened a few bottles of the 05 Coulée at the store and forget about day 2 - the bottle developed and improved to day 5 and beyond.

This is a wine where you're likely to hear someone say: "I totally forgot about this wine and found it in the fridge 6 months later, it was unbelievable." Cellaring certainly helps, a recent bottle of 1990 was just beginning to poke its head out of its shell after 3 hours (sadly, it was consumed before the 4th hour).

The wine, of course, is born in the vineyard and few sites can claim the nobility of the Coulée de Serrant. It is likely the greatest terroir in Savennières, a mere 7 hectares on a steep slope planted in 1130 by Cistercian monks. Today, the vines average between 40-60 years old (by comparison DRC's La Tâche is just a bit smaller at ~6 hectares with an average vine age just shy of 50). At 20-25 hectoliters per hectare, Joly's yields are some of the smallest in the Loire, if not in all of France.

The Joly family bought the estate in the 1960s; Nicolas himself began at the estate with the 1978 vintage and quickly became one of the most passionate, and vocal, advocates of biodynamic farming - a scientific-spiritual philosophy of farming that shuns chemicals and embraces a "natural" balance in the ecosystem. Have an insect problem? Then cultivate an environment that sustains the predators that eat the insects.

Joly began his biodynamic experiment in 1980 with a mere 1 hectare devoted to the principles. He was so convinced by the results that he began switching all his vineyards to biodynamics in 1981. As you would expect, the winemaking is non-interventionalist.

Says Joly: "If you do well in the vineyard, all else follows." If this sounds like a cliché, it's because these words have become a mantra of sorts, echoing first in the caves of the best Burgundian houses (Joly's friends Leroy and Leflaive come immediately to mind) and since then spreading to essentially every winemaking region on earth.

If at this point biodynamics does not seem revolutionary, the progress the estate has made is. As we enter the new century, the Coulée seems to have found, once again, its inherent nobility. The wines today are nothing short of spectacular and benefit the patient - whether you choose to crack one open now (with a 12-24 hour decant!) or cellar for a decade or longer.

We bought the importer's *entire* remaining stock. But as word of our pricing leaked a bit early, we've already sold nearly a third of the parcel! Yes, the pricing is outrageous, but more importantly - so is the bottle.  I cannot encourage you strongly enough to take advantage of the tiny window in time where you can stock your cellar with one of the world's great wines for just under $30/btl.

To secure your wine please email us at offers@crushwineco.com immediately or call the store at (212) 980-9463.

NET | No further discount
Wine is in stock!

Besides the heralded Coulee de Serrant, Joly has vines in the neighboring Roches Aux Moines. 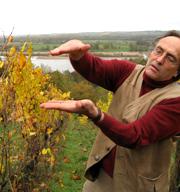 If there's one thing that Joly is passionate about, it's vineyard management.

The walls of la Coulee are made with stones from the vineyards: Joly believes the slate produces the best wines 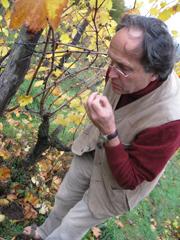 Joly strongly believes that the using pesticides on vines is like asking you to eat without your hands. 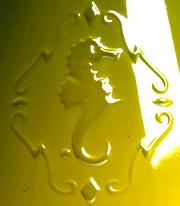