Weingut Knebel is situated in what is considered the Lower Mosel's best village, Winningen. It is also happens to be one of the warmest areas in the Mosel and therefore the style at Knebel (especially for the dry wines) is muscular and powerful, while (almost miraculously) elegant.

Knebel's dry wines are made by Gernot Kollman, the former winemaker at Van Volxem. The noble sweet wines, also held in the highest regard, are made by Beatte Knebel. Gernot works in a hands-off manner with indigenous yeasts while also using ambitious methods to extract profound aromatics and concentration from the grapes: pre-fermentation oxidation, extended skin contact and high fermentation temperatures.

The dry wines seem to glide from the savory to the sweet, from citrus to red fruits, and from rocks and earthy minerality to florality at a dizzying speed. At their best, they display a level of complexity that's seldom, if ever encountered. The sensation of the palate is usually one of glycerin-rich generosity that's backed by plenty of brightness and lift. Gernot believes that fermenting at unusually high temperatures allows the wines to show more minerality, savory flavors and possess more glycerin. The glycerin, among other things, helps to integrate the wine's alcohol and prevent the wines from this warm area from showing "hot. 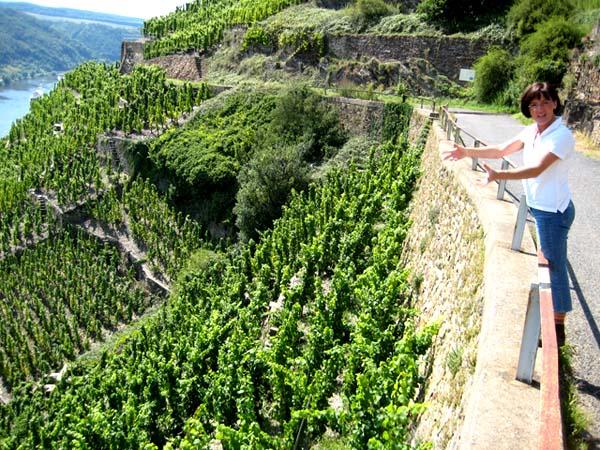 Knebel's noble sweet wines are made by Beatte herself in painfully small quantities and difficult to find in the U.S. A typical version displays plenty of stone fruits, honey, herbs and is rich and comforting while also being exhilarating and light on its feet. In short, they're gorgeous; don't pass up an opportunity to taste these. 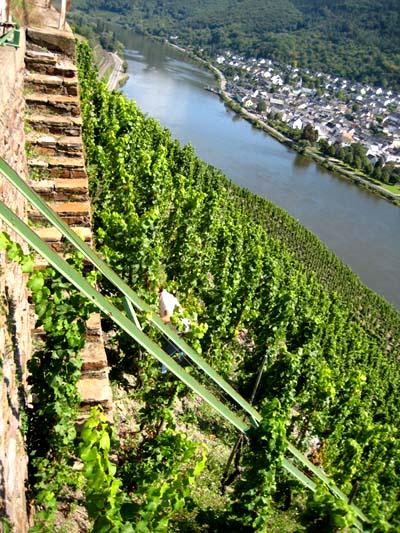 They have a wealth of great sites that reflect the varied geology of Winningen. The soils for the most part range from blue, gray and red slate to sandstone. The two most famous sites of Winningen are Uhlen and Rotgen. For me, Uhlen, which is composed of sandstone with blue and red slate, typically displays a combination of muscularity and austerity; whereas, the blue slate slopes of Rotgen produce wines that are a little more open and less spicy. Both Uhlen and Rotgen are entirely composed of steep low terraces with pockets of ungrafted vines. Their other vineyards, Hamm and Bruckstuck are considered lesser sites as they are not exclusively terraced. However, Gernot believes one the estate's top sites is actually the Sternberg subsection of Bruckstuck, low terrace of old ungrafted vines on fine slate. It is this Sternberg subsection that is used for Knebel's Bruckstuck Alte Reben Feinherb bottling.

Knebel's wines are incredibly distinctive and compelling. Much like the wines of Ulli Stein, these deserve much more attention than they receive; they not only exhibit first class quality, they also flaunt just how broad and various the scope of German Riesling can be. Thankfully, Knebel has a vocal and prominent advocate in the Wine Advocate's David Schildknecht. "The wines of Knebel," writes Schildknecht, "have been on my very short 'must have' list each of the past three years, alongside those of Donnhoff and a few others." This is obviously no faint praise. However, the wines, with all their intensity and uniqueness, merit it.