Get to know the Niederberg Helden Vineyard in the village of Lieser, courtesy of your friends at Crush.

Why did Thomas Haag, the eldest son and scion to the Fritz Haag estate, pack up his bags, leave the family estate and invest himself completely, pocketbooks, elbow grease, soul and all, into the crumbling Schloss Lieser (castle of Lieser) estate?

When I asked Thomas this last March over lunch (see schnitzel, below), he sort of just shrugged his shoulders. If I had to guess, I'd say one thing: Potential. 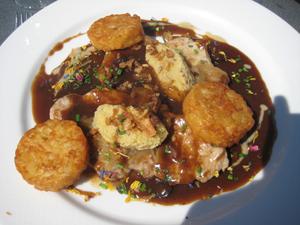 That's a serious piece of schnitzel. The perfect meal over which to ask some serious questions.

The estate of Schloss Lieser and its top site, the Niederberg Helden, produced some famous wines in the first part of the 20th Century. It wasn't until the 1970s that the estate really began to under-perform, as ownership changed hands and responsibility slackened. But the Niederberg Helden is one of the great sites of the Mosel. It billows up massively to the left as one drives south out of the village of Lieser, like a monstrous whale surfacing. 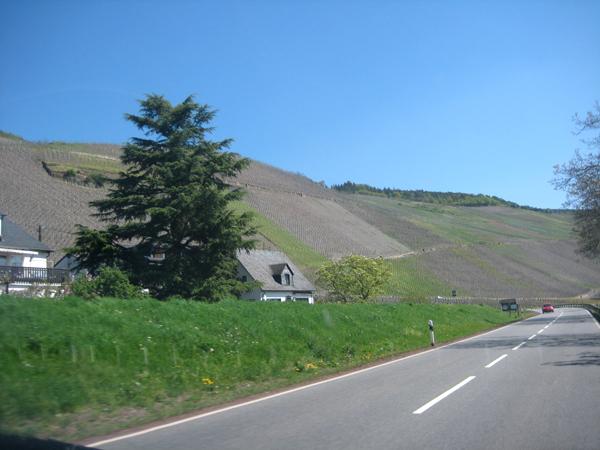 If the scale and lift of the vineyard are impressive from the road, it is even more intense being up in the vineyard itself. 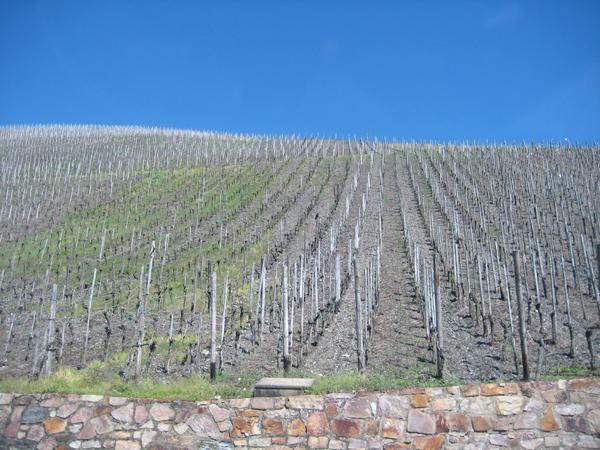 The first thing to know about the Niederberg Helden site is that it is a plateau, and not a "hill" so to speak. In other words, my analogy of a whale surfacing is poor and inaccurate. (So it goes.) Walk to the top of the Niedeberg Helden vineyard (see the picture above), and looking one way, you’d see a flat land with forests beginning to encroach, turn around 180 degrees and you'd be staring down a slate-riddled incline plunging directly down to the village of Lieser and the Mosel River just beyond that.

What does this mean and why is this important? It means that the Niederberg Helden receives a good amount of water and it is very resistant to drought. It also means, stylistically, that the wines it produces tend to be fuller, richer, not exactly fleshy but with a bigger bone structure than say the linear wines produced by the Juffer-Sonnenuhr. The fruit profile here can also be considerably riper, even exotic, with the green apple and pears of the Juffer turning into melon and mango in the Niederberg Helden. 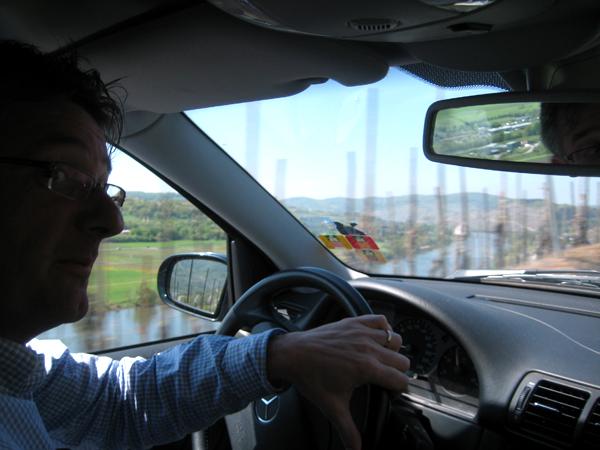 Driving with Thomas Haag through the Niederberg Helden.

Thomas Haag and Schloss Lieser have about 9.5 hectares of vines in total - 5 of these are in the Niederberg Helden site, so this is by far the estate's largest holding. He has another 1.7 hectares or so in Brauneberg and a few smaller parcels in the Graacher Himmelreich and the Bernkasteler Schlossberg. 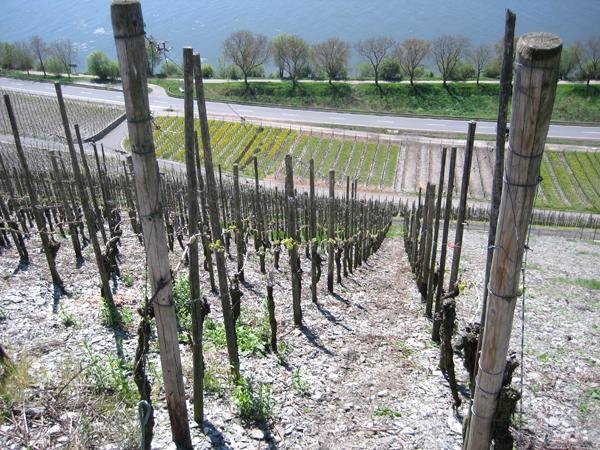 Up in the Niederberg Helden, staring down one of the more intensely steep and slatey parcels - this gives you a sense of how close it is to the Mosel River.

The Niederberg Helden is a big site, though the best parcels do seem to be further north, closer to the town itself. As you head south, following the Mosel, the site seems to soften a bit.

Now get on out there and drink some Niederberg Helden - we've got four different wines ready for you...