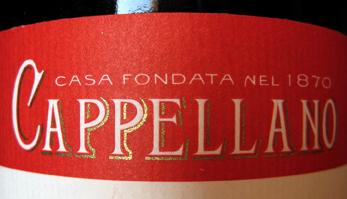 When I first asked Teobaldo Cappellano about his winemaking process he shrugged his shoulders and looked at me with a soft sense of disappointment. In this scene, I was clearly Luke Skywalker and he was Yoda the Jedi Master. After a short pause, he said: "Son, when you make love, do you read the Karma Sutra?"

When I asked him how long his wines fermented he said: "When I cook pasta, I don't watch the clock - I throw the pasta against the wall and when it sticks, it's done."

So it was that I was brought into the miraculous and bizarre world of one of the Piedmont's greatest and most enigmatic traditional winemakers. Consider this: Cappellano has a devout following and current releases of his Barolos break the $100 barrier - yet he adamantly refuses to submit any of his wines for review.

Or consider this: In a region as obsessed with single-vineyard status as Burgundy, Cappellano recently decided to take the name of the great vineyard (Gabutti) off the front of his label, preferring instead to pay homage to the man who devoted his life to farming this vineyard - Otin Fiorin. For Cappellano this is more than a symbolic gesture; my guess is that Cappellano would say it was just the right thing to do and leave it at that.

History
In the Piedmont Cappellano's name is well known - in fact the main square in the sleepy town of Serralunga d'Alba is named in honor of Maria Cappellano who died of Spanish Influenza in the early 20th century. The family's winemaking history goes back to 1870, when the 48-year-old Filippo Cappellano founded the estate. The wines rose to prominence quickly, winning a bronze medal at the 1889 Paris Exposition Universelle (an event for which, incidentally, the Eiffel Tower was built).

The Cappellano family can also be credited for inventing one of the Piedmont's most charismatic dessert wines - the spicy Barolo Chinato. Though today the Nebbiolo, tree bark and herbal red wine is a classic before or after dinner treat, for much of the 20th century it was considered the go-to elixir for any and all ailments.

Today Theobaldo Cappellano heads the winery and produces singular wines that remain some of the greatest testaments to traditional winemaking in the Piedmont, along with such luminaries as Giacomo Conterno, Giuseppe Mascarello and Bruno Giacosa.
In Theobaldo's cellar the macerations are long - they can last 25 days or more - and the fermentations are not temperature controlled. This is "extreme winemaking," not unlike the slings and arrows that Conterno's Monfortino goes through. The juice that survives this torture is certainly sturdy and built for the long haul. For the aging, one will only find large old casks, called "botti," and in these monstrous barrels Cappellano will age the wine for approximately five years before bottling.

The Wines
Cappellano's two most famous wines are both Barolos from Serralunga's Gabutti vineyard, though neither will say this on the label, as explained above. The Barolo Pie Rupestris comes from vines planted over 40 years ago on American rootstock (Rupestris). Extracted and deeply colored, this is a great wine for those who like muscular Nebbiolos.

Antonio Galloni calls the Pie Franco "one of Italy's most unique cult wines." We agree, though the wines across the board show stunning depth and range.