Puffeney is one of the Jura's old guard. He's so well-respected within the region that he's nicknamed the Pope of Arbois.

The wines have a rugged honesty that we love.

In 2014, Puffeney announced that he would be retiring the following year. The estate was sold to Guilluame d'Angerville's Jura project, Domaine Pelican. The last vintages of Puffeney's wines rarely see the light of day. 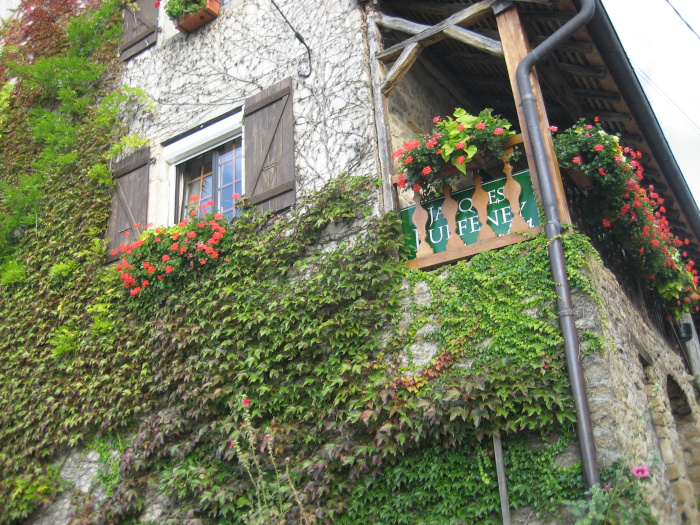 In terms of style, if you're familiar with the vin jaunes of Macle in Château-Chalon or Montbourgeau in l'Étoile, with their fine, mineral-infused, and elegant structure, Puffeney's area of Arbois produces richer, more powerful wines. They are oily in texture, robustly earthy, and punctuated by spice. What they sacrifice in terms of elegance, they compensate for with character and fascination.

The virtues of vin jaune reveal themselves with age - 20, 30, 40 years and beyond. With age, the wines get even more captivating and their oxidative notes actually recede some. Bottles of Puffeney from the 80's that we've tasted have been absolutely gorgeous, epic wines.

Puffeney's 2012 Vin Jaune is a more powerful vintage of the wine. It boasts an almost wild complexity ranging from earth to burnt citrus, baking spices, yellow plums, and walnuts. The 2013 is on the brighter side of the range with lots of intensity and verve. It shows more of the citrus, moss-y, and herbal dimension of Puffeney's Vin Jaune and does so with great poise and definition.

For the decades to come, these will serve as monuments to Puffeney's traditionalist approach. Puffeney's soulful and unforced style is something that seems really difficult to recreate. Opportunities to offer wines from this old wiseman have become rare. This shouldn't be missed.

Use code Puffeney for special 4-pack pricing (2 bottles of each), for a limited time.