The steeply terraced and visually stunning vineyards of the Lower Mosel don't offer an easy life to those who tend them. They are laborious and costly to work and their obscurity means the grapes they produce often fetch a low price.

Bad: Because these sites are so hard and financially precarious to work, many vineyards have simply been abandoned (in favor of worse sites with better names!), left to be slowly overtaken by weeds, trees and the rambling encroachments of Mother Nature.

Good: On the flip side, because these sites have sat for decades in the periphery of German winemaking, many of the better vineyards are actually filled with very old ungrafted vines - the raw materials that many of the more famous sites certainly do NOT have, especially considering the rather liberal use of "Flubereinigung" in the Middle Mosel. (Flubereinigung, by the way, is the reorganization of vineyards, making them more accessible to cars and mechanized farming equipment - very often vines must be ripped up for this process.) Consider that most of Stein's vines are between 50 and 80 years old and a STUNNING 90% of them are ungrafted! 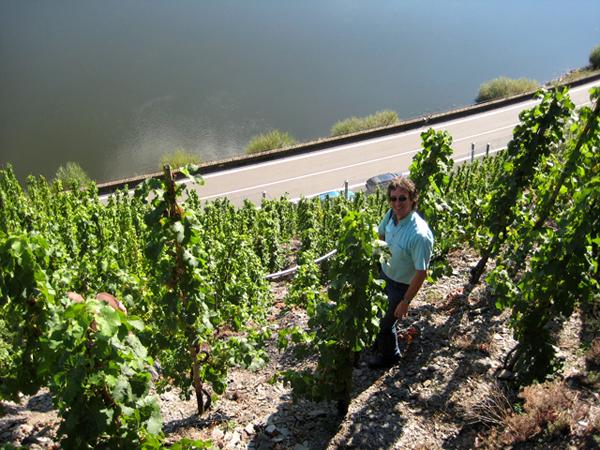 If there is an advocate, an ambassador of the forgotten sites of the Mosel it has to be the singular Ulli Stein. We have not personally met another winemaker in the Mosel with his knowledge, passion, boundless energy and devotion to the region's forgotten vineyards.

Though maybe "ambassador" isn't quite the right title for Ulli, because when it comes to diplomacy, Stein has been known ruffle a few feathers. What can we say? He's a scholarly and uncompromising fellow. He and his brother, Pete, refuse to send samples to Germany's top wine publication Gault Millau and have had a "falling out" with one of Germany's most prominent wine critics. 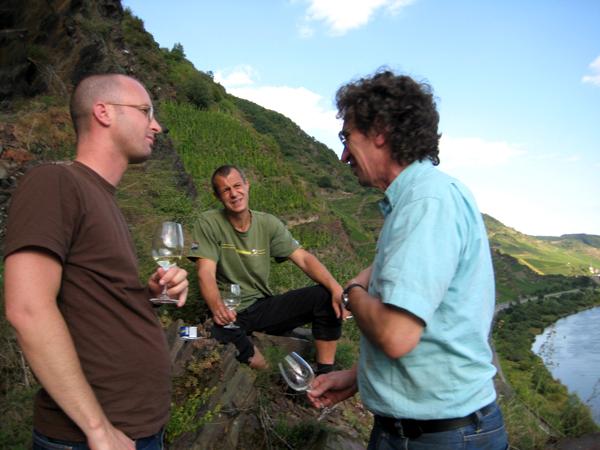 He's also "fought the law," but in his case he's won. He's been battling the European court all the way to the EU over Germany's 1971 Wine Laws banning the production of Strohwein (straw wine), which had been a traditional wine in the Mosel. (Straw wine is made from grapes that are picked and then dried on straw mats to concentrate the grape's sugar.) Ulli has also battled against the silly German ban on red grape production in the Mosel. He won; now he's producing a Pinot Noir from the Mosel. 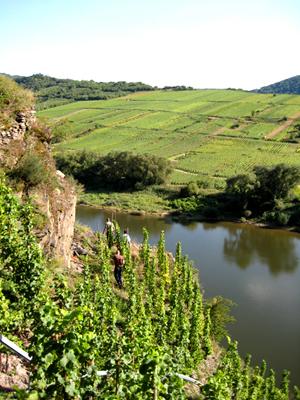 Stein is a scholar of not only the forgotten traditions of wine production in the Mosel, he's also a connoisseur of the best overlooked sites in the Lower Mosel. Stein's vineyards, like Senheimer Vogteiberg, Alfer Holle, St. Aldegunder Palmberg Terrassen, and Neefer Frauenberg, cause even the most enlightened German wine fanatics to scratch their heads. In Bremmer Calmont, he even offered to pay growers far more than the going rate for their grapes to encourage grape growing on the steepest slope in all of Europe.

And the wines? Well, Stein's wines are gorgeous and unique - combining delicacy with the wildness of the Lower Mosel. The wines often scream slate from the glass. Ulli says that he's looking for racy and elegant wines. Stein wines deserve much more attention and acclaim but he pursues his own aesthetic with little concern for the whims of the marketplace. In fact, in many ways the style of Riesling he prefers is neither flashy nor terribly glossy - it is a purist's aesthetic based around delicacy, freshness and transparency.

On top of all this, Ulli Stein is also just one of the coolest guys out there - he is a "life of the party" type of guy. Wildly knowledgeable yes, but nothing he does is for status or prestige and above all else, he just loves drinking really good wine with really cool people. Another one of those easy formulas that so often gets overlooked.